While scooter racing was popular in the very early days of scootering culture, it wasn't until the 1980s that high performance aftermarket tuning parts started to become commonly manufactured and readily available. Because of the popularity of P-Series and Smallframe Vespas (which were still being manufactured at that time) and Series 3 Lambrettas, manufacturers tended to focus their products on compatibility with those models. The fact that the contemporary models of the 1980s were incredibly close in design and layout to models stretching back to the early 1960s (for both Vespa and Lambretta), meant that many of these performance parts were compatible or at least, easily adaptable to popular engine designs from the '60s and '70s. That has been great news for owners of those models, but traditionally, enthusiasts of early '40s and '50s Italian scooters have been left out in the cold. Until now ...

Luckily, the last few years have seen a renaissance of interest and boutique tuning products for "wideframe"-type Vespa models of the '40s and '50s. We have partnered with Switzerland's Bollag Motos, among others, to bring these newly engineered products to the US. We are also in the unique position of bringing decades worth of experience in early Vespa motors to the table. Lead mechanic and shop owner Kristian Storli has almost certainly built more wideframe motors over the years than any living person in the country.

Early Lambretta models have endured a similar dismissive attitude over the years. The so-called "alphabet models" of the '40s and '50s (Model A, B, C, LC, D, LD, E, and F) have suffered from little aftermarket parts support (performance or standard) and a complex and intricate, though beautiful engine design that most shops, including most Lambretta specialists, tend to shy away from. For far too long, these early models have been thought of as too delicate, too quirky and too labor-intensive to be practical machines, let alone platforms for performance work. In the last few years, however, we have been hard at work proving the mainstream Lambretta community wrong about these beautiful and exotic early models. While still in the prototyping and testing phase of our own cylinder kit we have three prototype builds currently in regular use. One of these test motors, running in a 1953 D model, has been clocked at speeds up to 73 mph (up from around 40 mph stock). Two others braved the journey doing an endurance test by riding from Los Angeles to Seattle for the Lambretta Club USA's 2018 anual gathering. While some of those miles were covered in the back of two separate U-Haul trucks thanks to our engines being too powerful for the original D/LD style crankshafts, breaking not one, not two, but three crankshafts during the journey, the trip did do its job in finding the weak spots of the experimental build. We are currently prototyping and testing an uprated crankshaft concept. 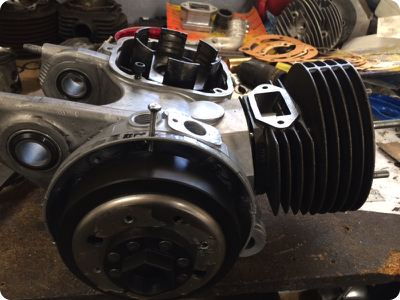 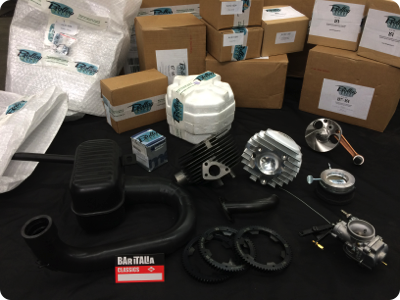 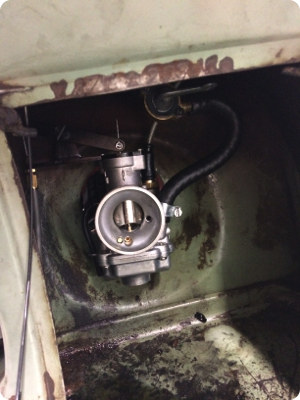