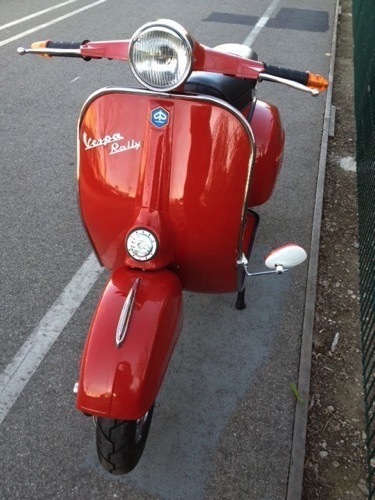 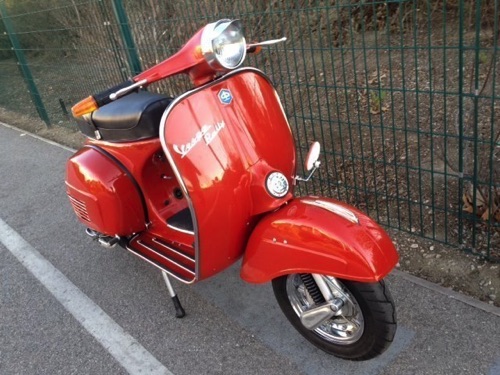 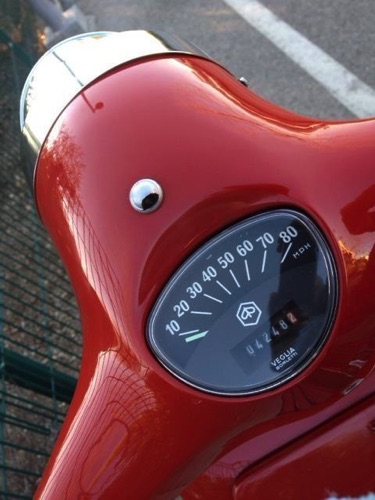 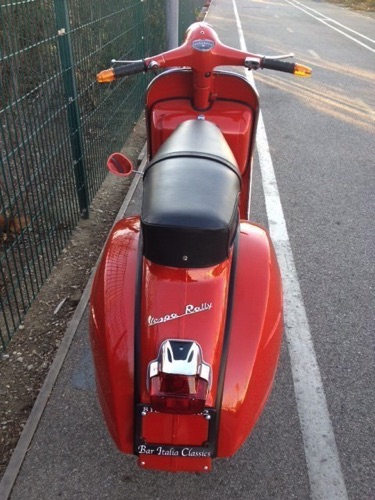 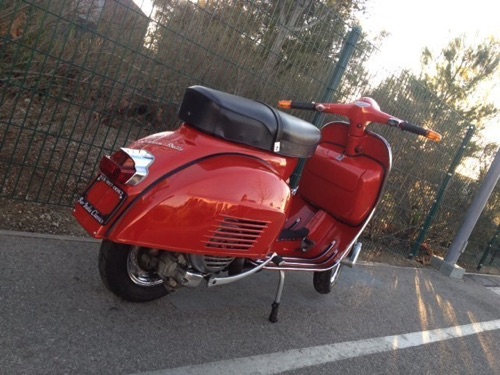 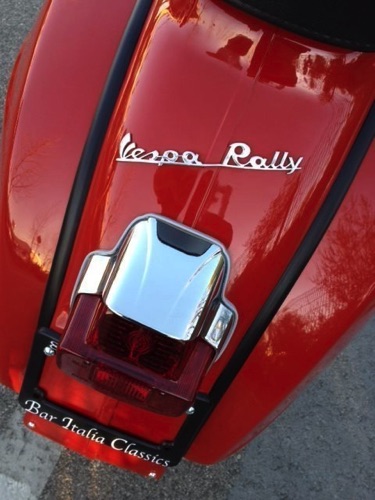 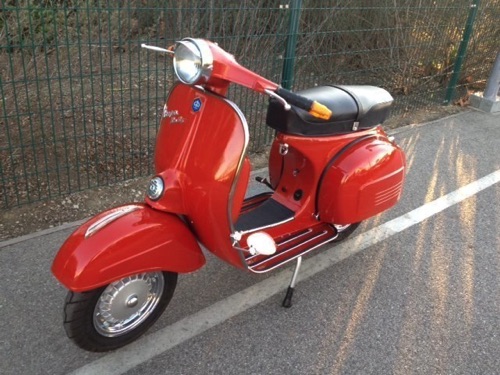 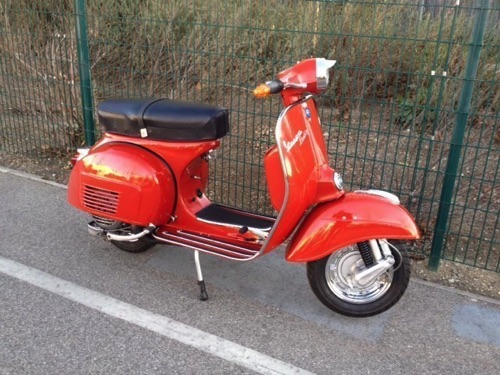 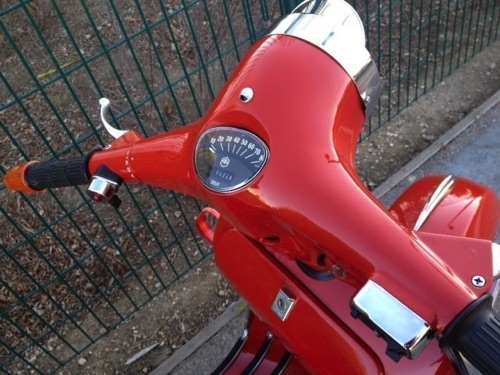 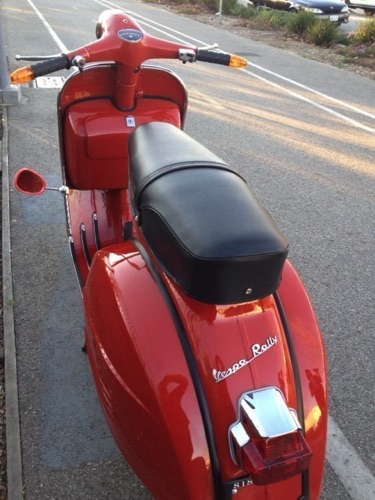 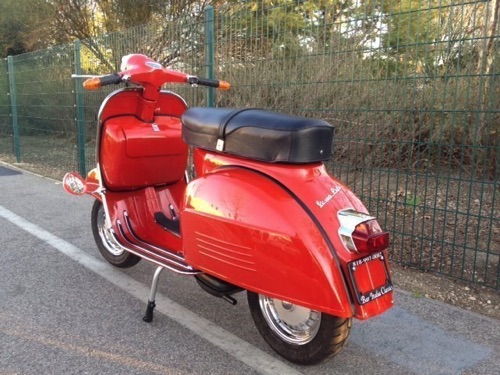 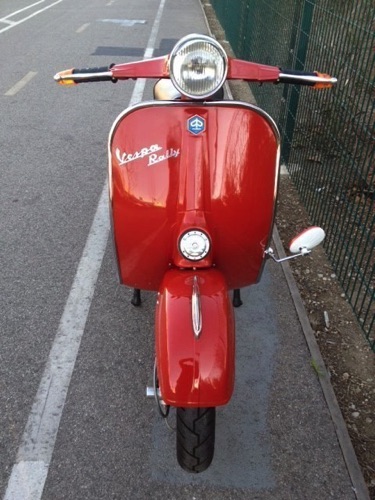 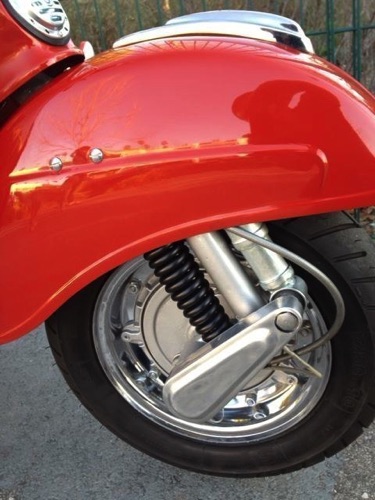 This US-market Rally 200 has been given a custom ‘60s style makeover at the customer’s request. We have replaced the block-letter badges with Rally 180 script-type badging, done away with the large front and rear turn signals in favor of the tidy German-market Hella-brand bar-end signals. And, in keeping with the ‘60s, Rally 180 theme, we have omitted the Rally 200 stripe decals, but the fantastic Femsatronic-ignited 200cc motor still roars under the sleek, uncluttered panel-work.