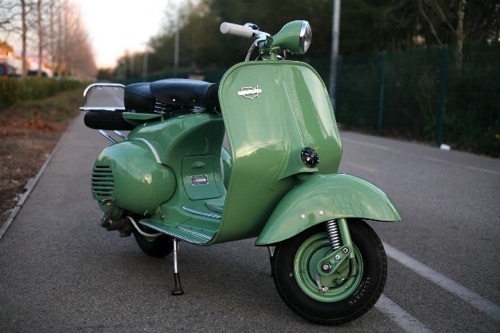 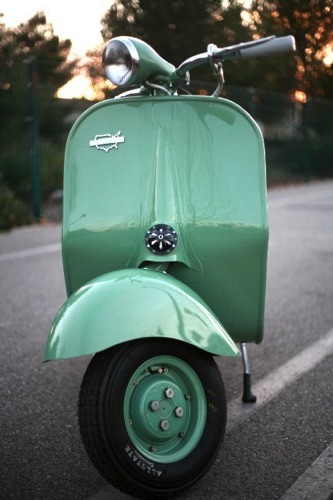 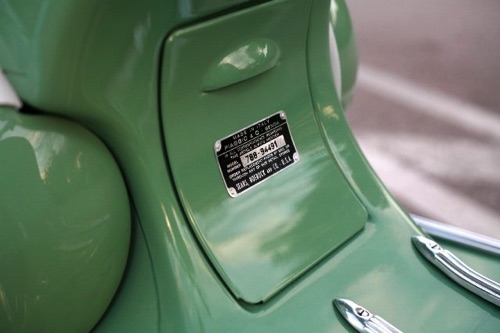 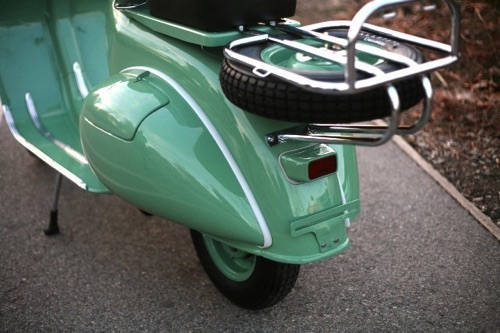 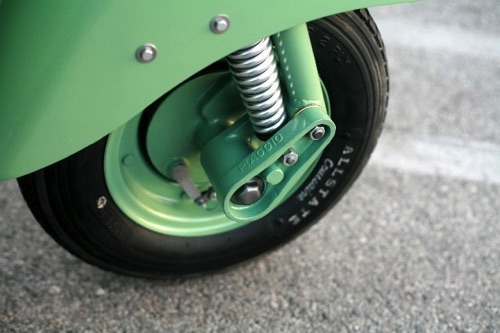 Although Piaggio redesigned their front suspension system for their Vespa models in 1950, Sears opted to retain the early non-damper type all the way through to the mid-‘60s 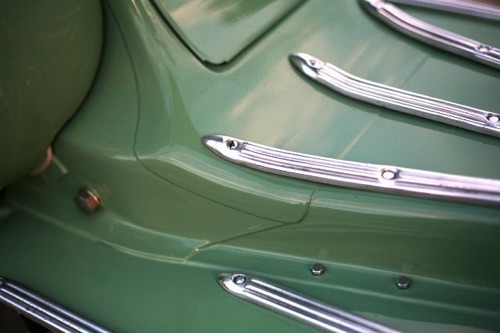 Every rivet, screw, and bolt is 100% factory correct 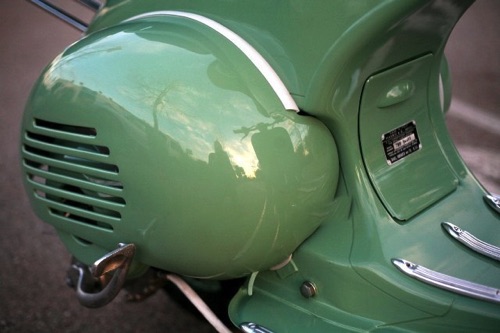 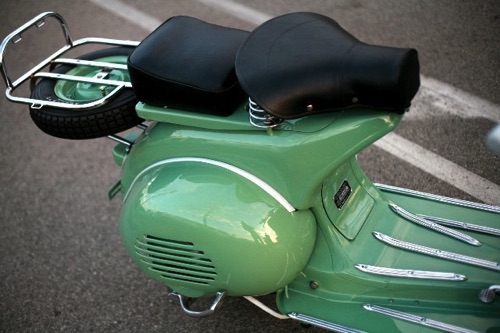 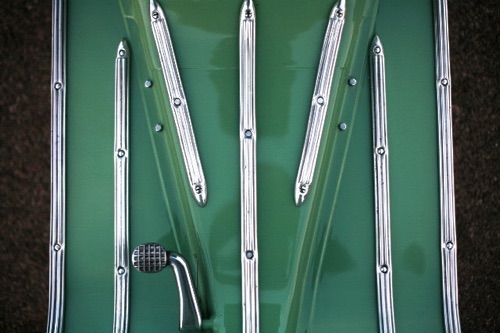 Ultra rare, all aluminum floor runners carried over from Piaggio’s Ape models and were later used on the U-model. 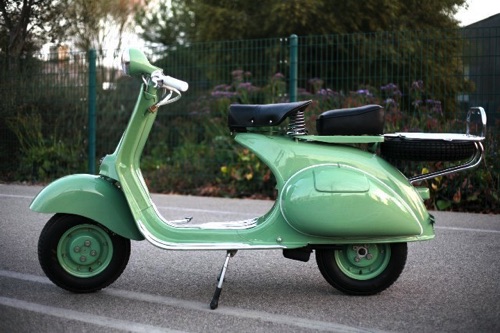 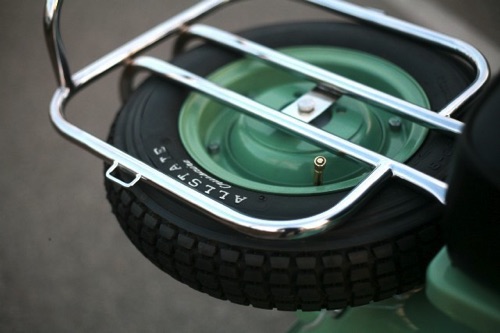 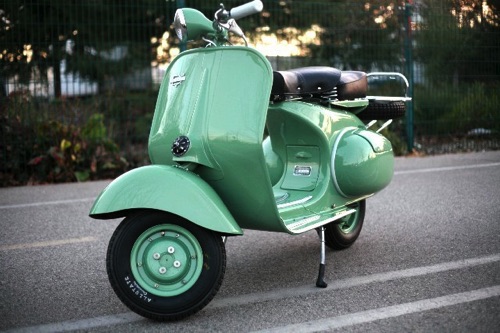 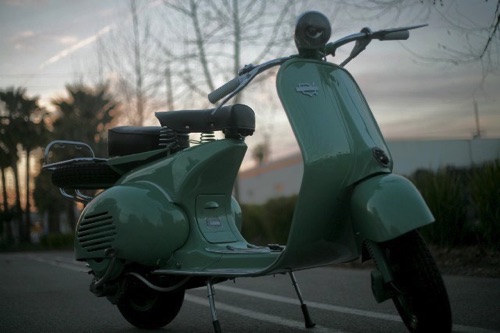 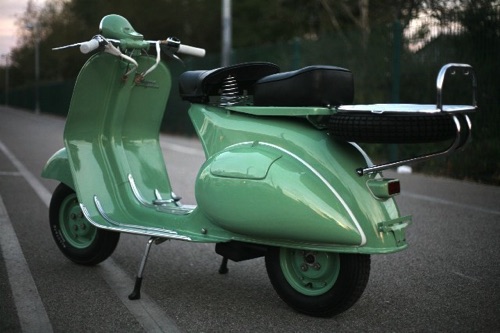 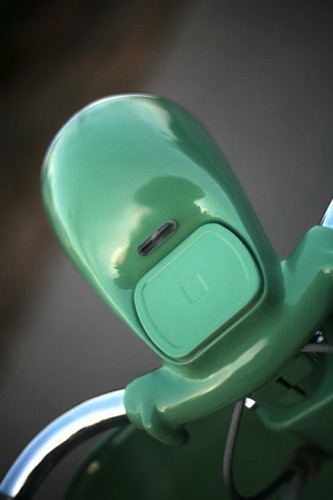 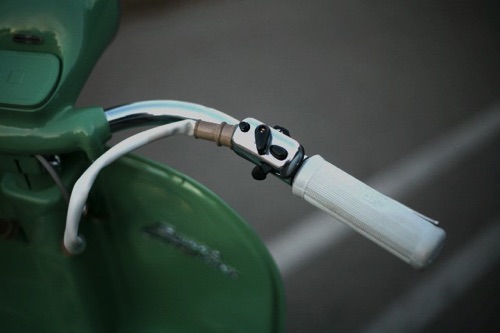 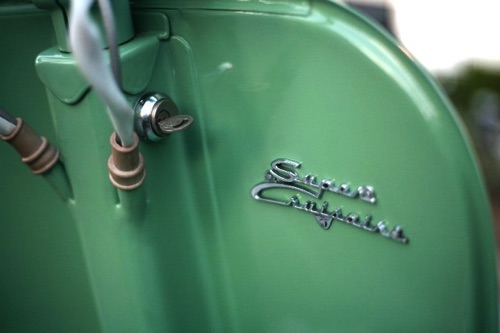 Beautiful “Super Cruisaire” badge is attached to the back of the legshield by the three tabs of the front badge, plus one additional rivet through the final “e” 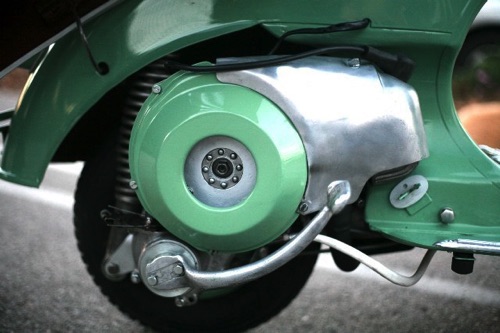 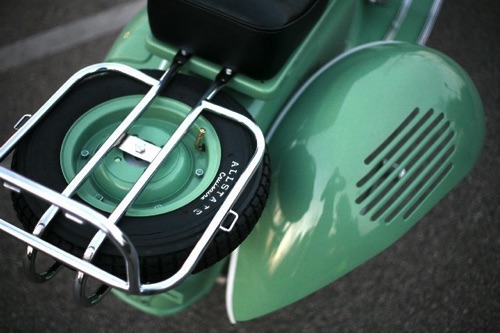 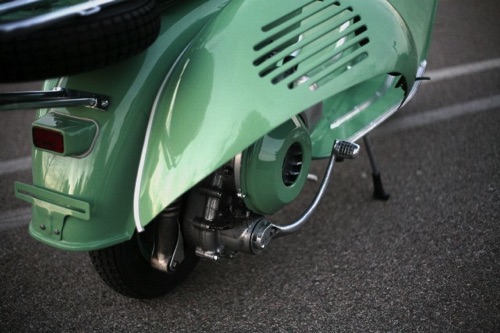 Like most Vespas from the ‘40s and ‘50s, early Allstates featured these beautiful gullwing hinged engine-side cowls rather than a fully removable panel

The very first Vespas officially marketed in the United States were imported and sold through the Sears, Roebuck and Co. department store chain. These models were built by Piaggio in Italy specifically for Sears and were badged and marketed under Sears’ own “Allstate” brand.

While built in Piaggio’s Genoa factory the Allstate models displayed several minor nuances which differentiated them from their “Vespa”-badged cousins. Most of these equipment variations were chosen so that Sears could offer a more economic scooter in a market that, until then, was dominated by the very spartan American-made Cushman scooters, which had also been sold by Sears for some time.

Due to the success of the Allstate Vespa in America, Piaggio soon introduced a similar model for European buyers known as the Vespa U-model, the “U” standing for Utilitarian. Although designed to be cheaper, entry-level scooters, early Allstates and Vespa U-Models are highly prized by collectors for their eccentricities and rarity.