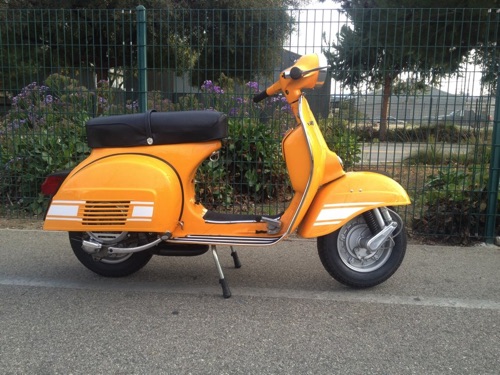 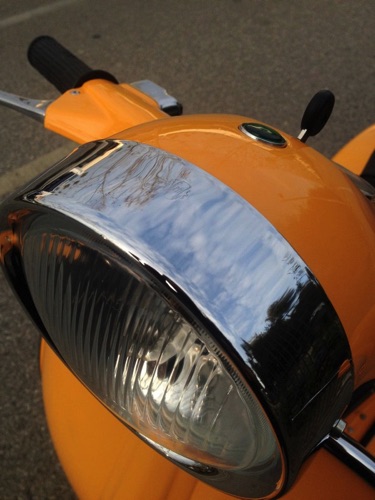 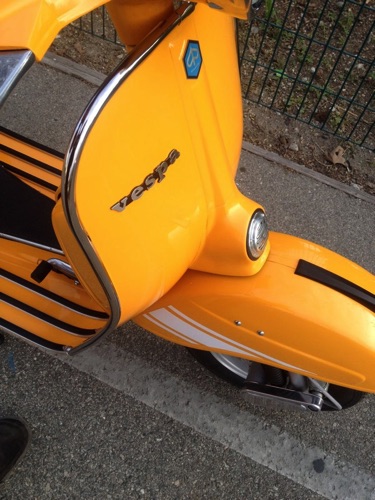 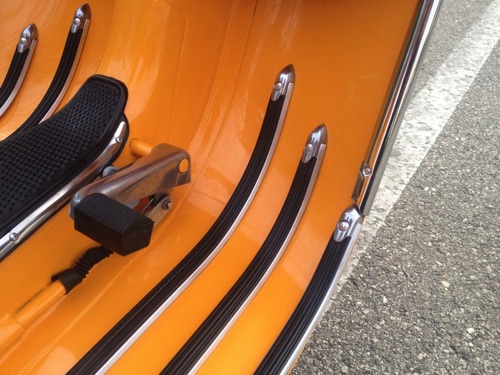 Philips head screws became prominent on most components by the early ‘70s. However, slot-head set-screws remained for the legshield trim and solid rivets remained for 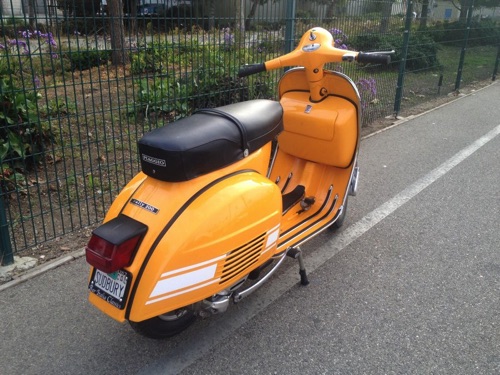 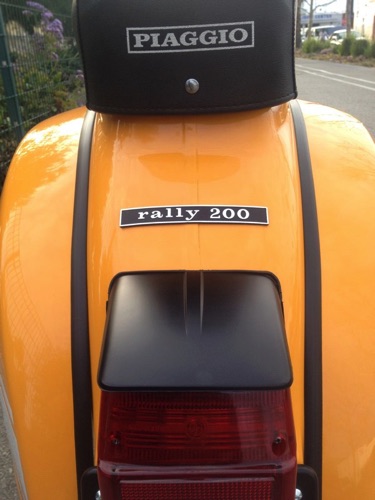 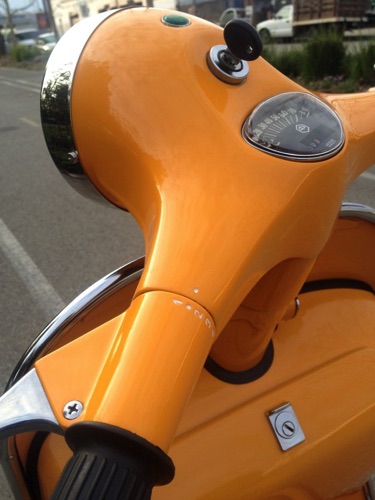 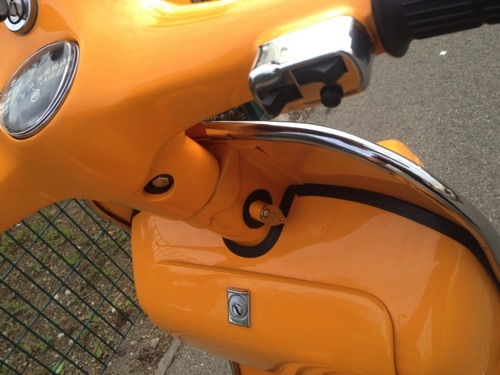 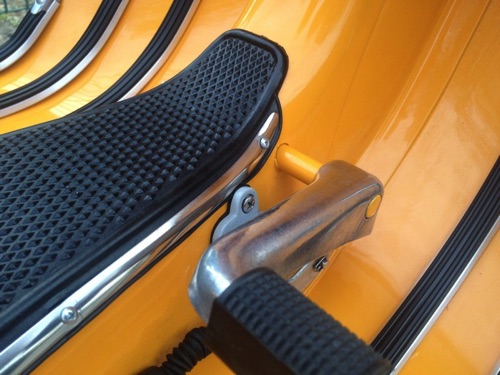 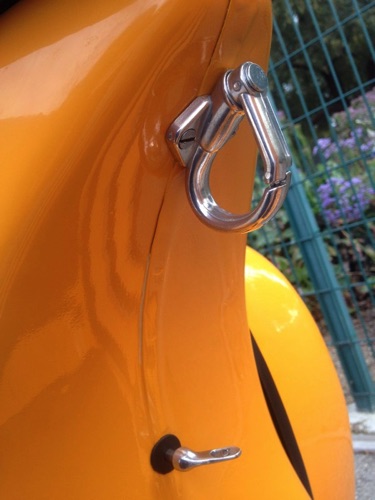 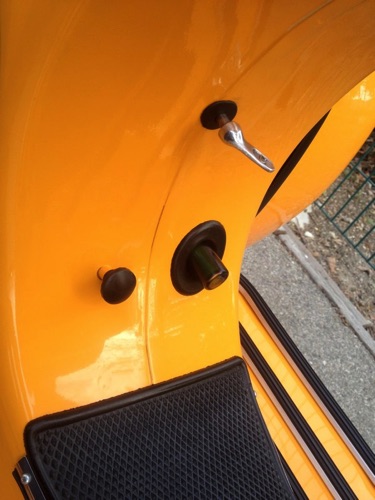 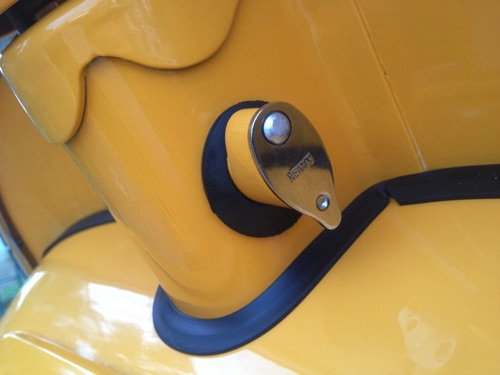 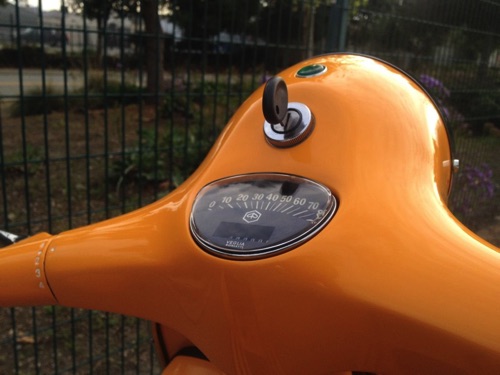 Notice that this ’76 model features a keyswitch on top of the headset, rather than the ornamental hex badge. Rally 200s from ’75-’77 were equipped with this feature 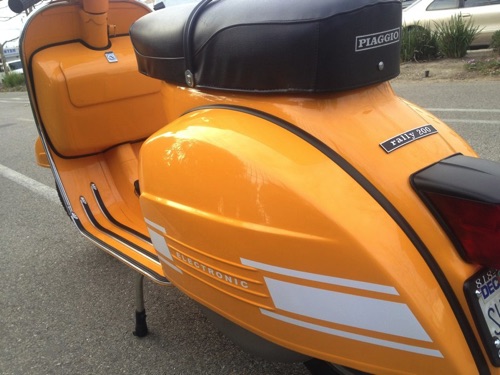 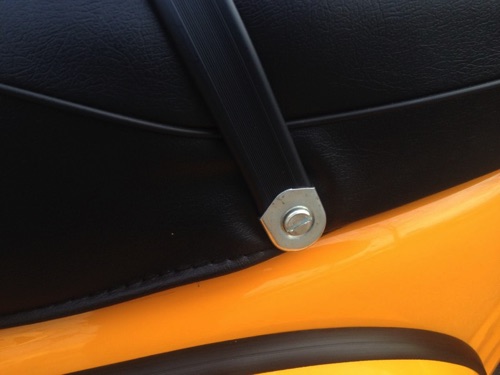 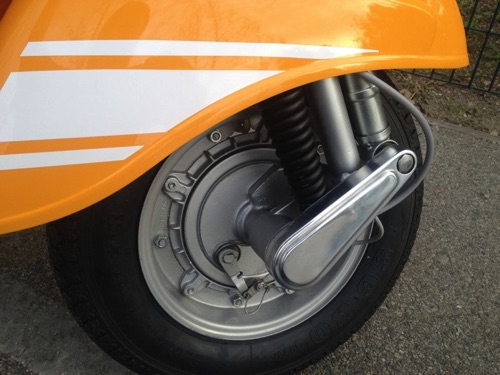 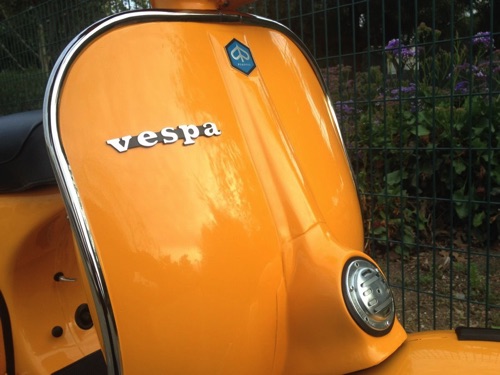 The block letter type “vespa” badge was introduced on the Rally in ‘72 and was employed on all models by ’74. The hexagonal Piaggio emblem was adopted company-wide in ‘67 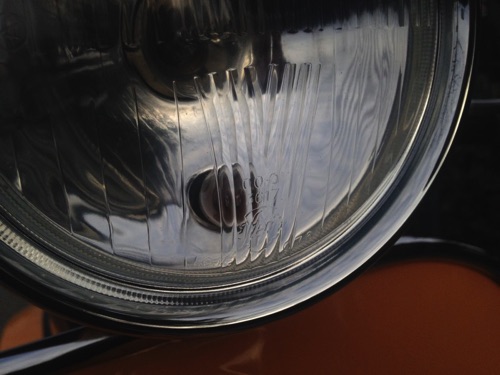 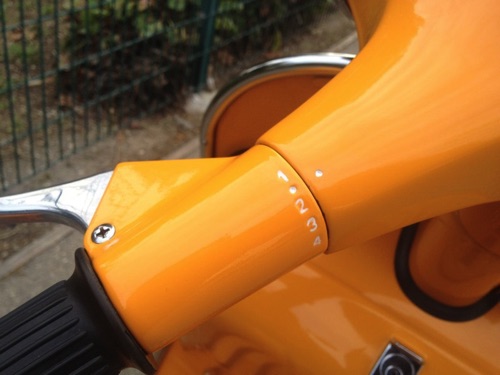 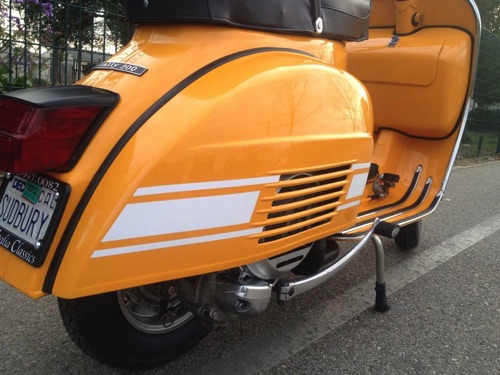 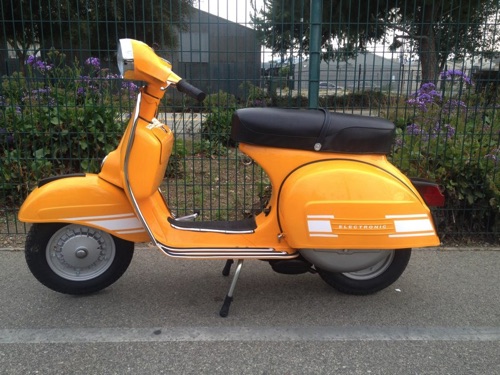 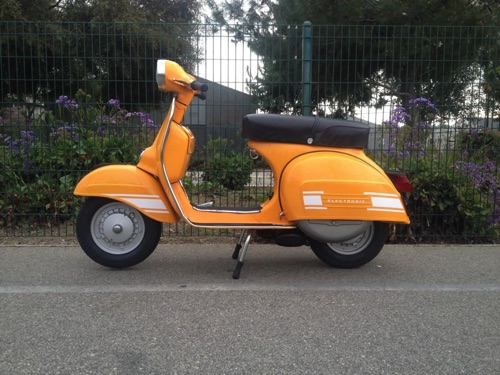 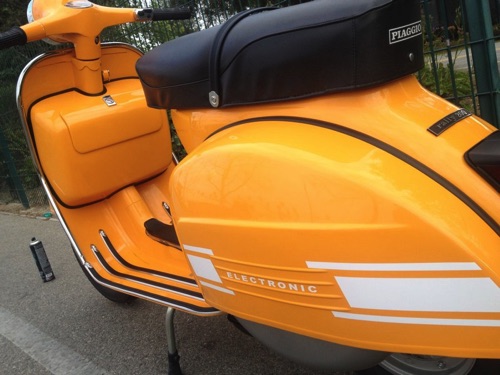 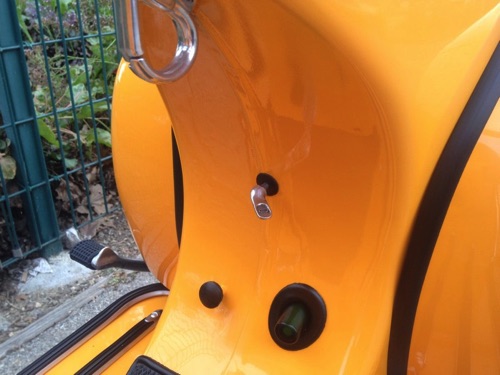 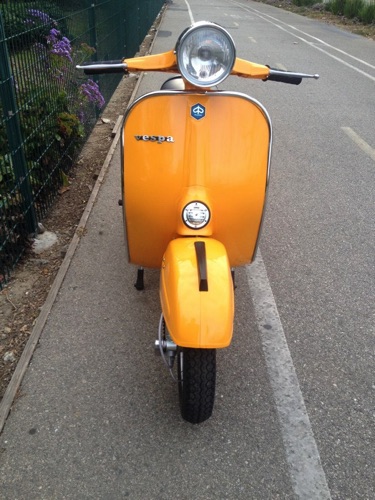 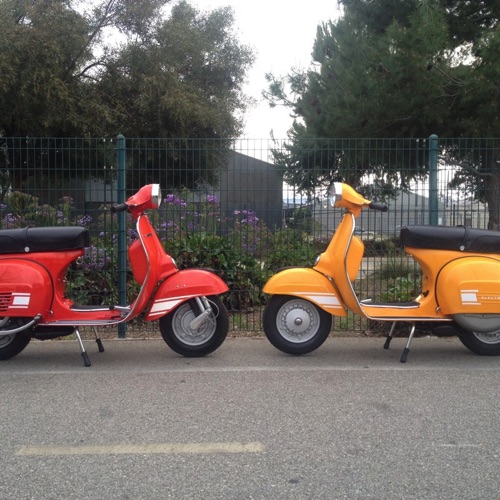 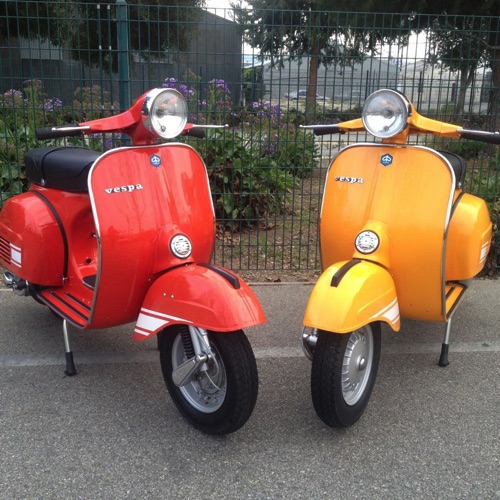 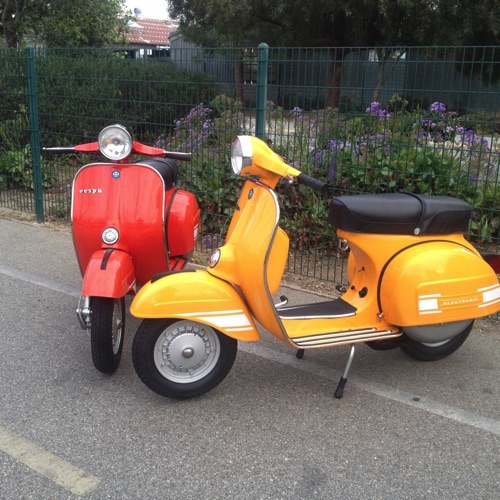 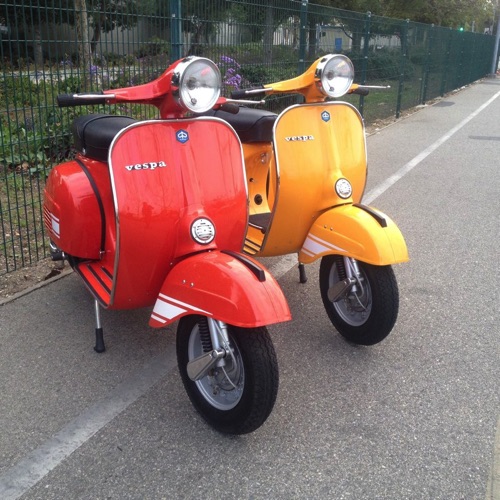 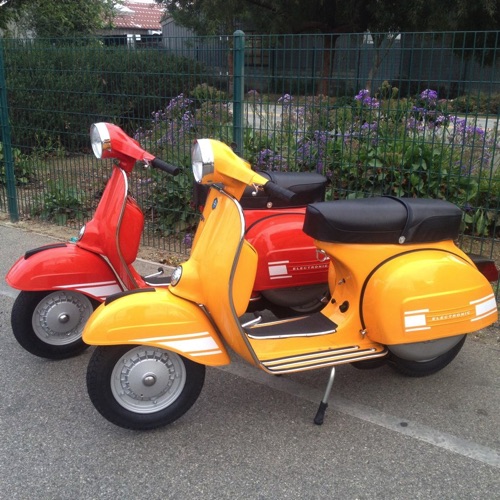