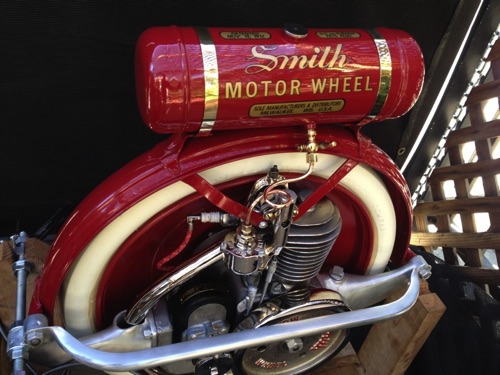 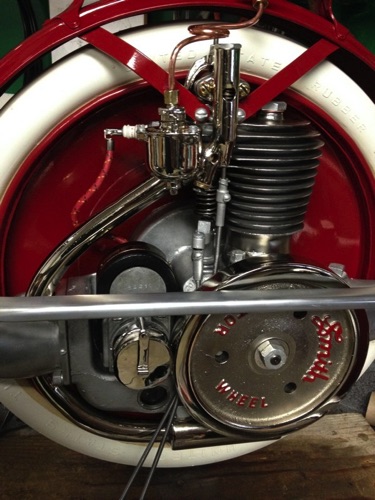 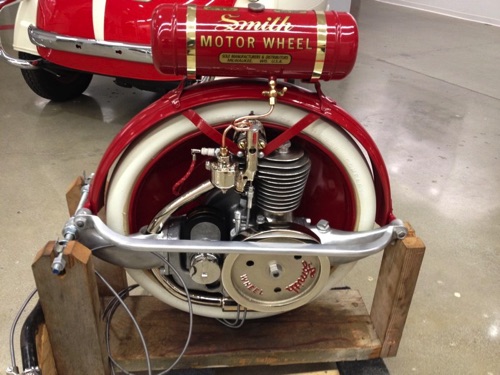 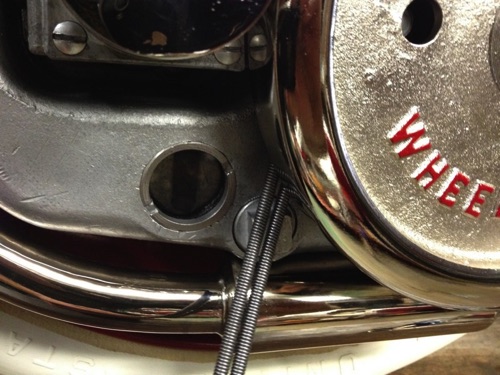 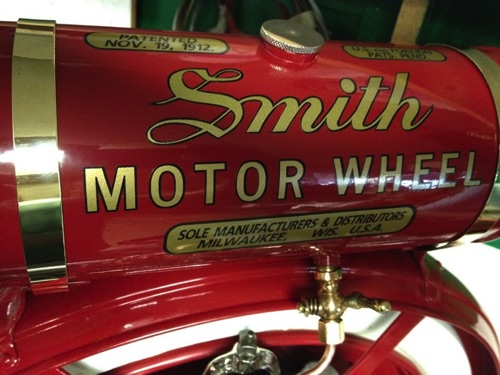 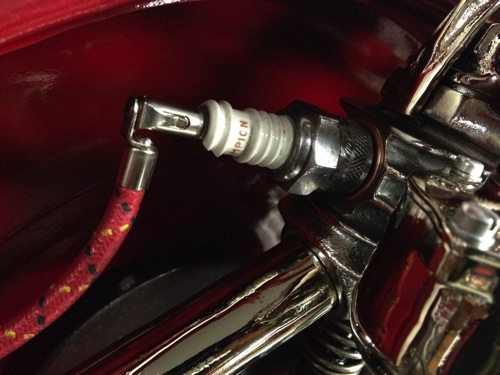 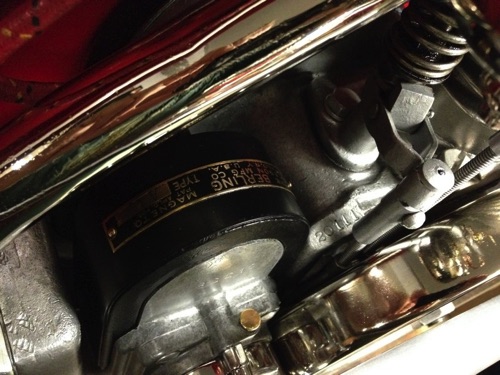 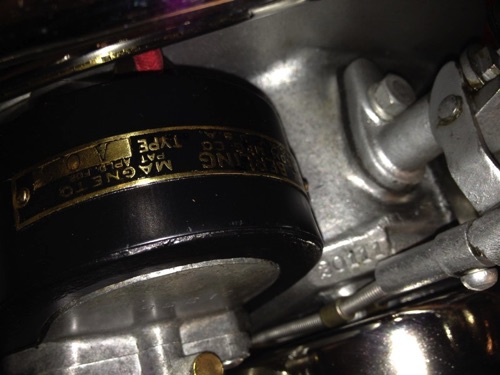 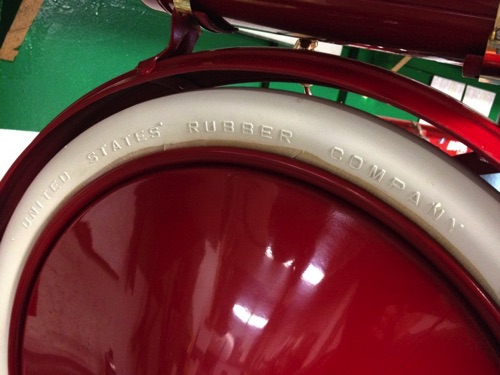 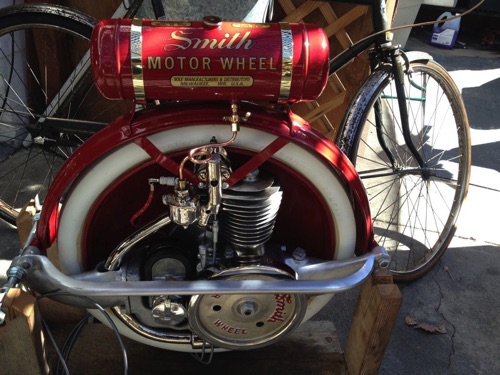 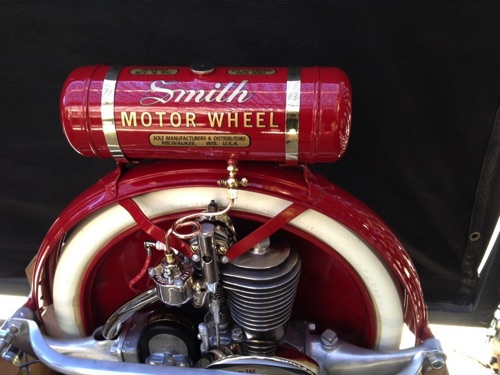 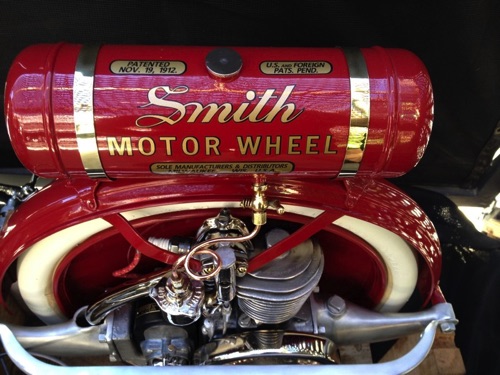 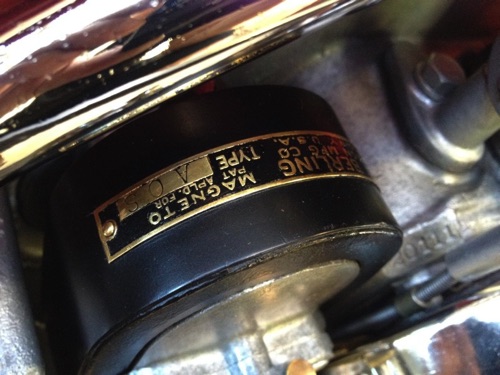 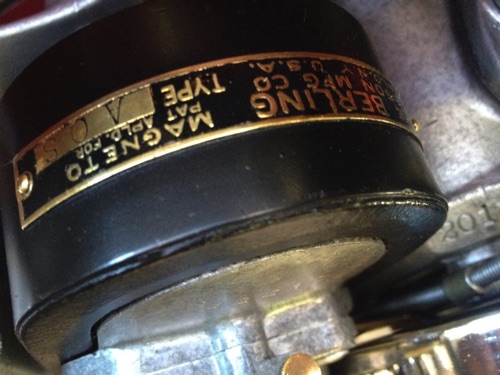 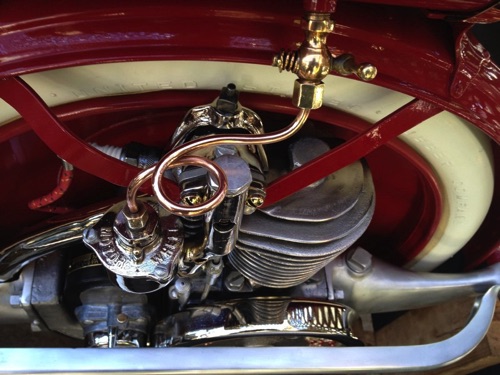 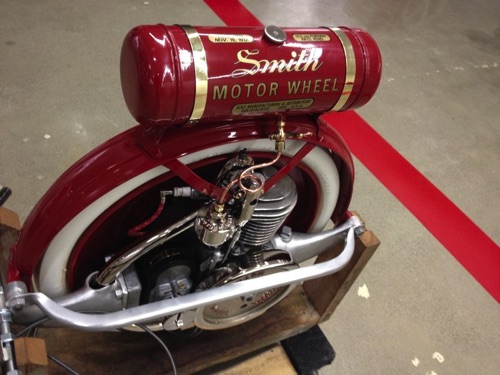 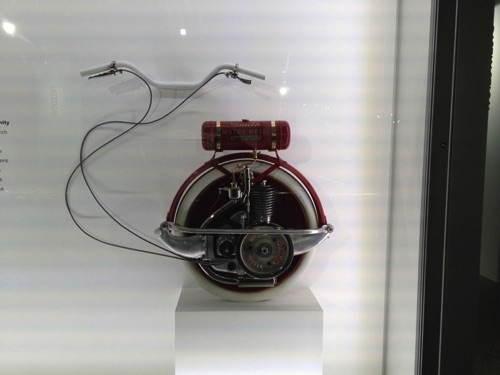 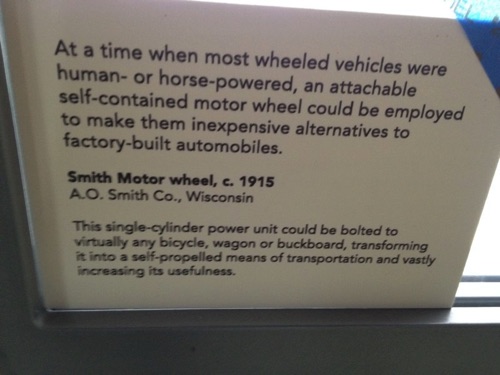 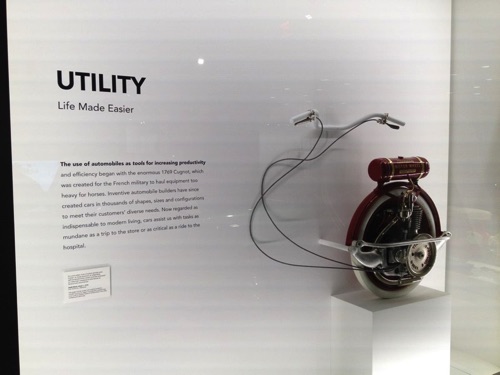 This restoration was commissioned by the Petersen Automotive Museum and is part of their collection, on permanent, and very prominent display in their new third floor History Gallery. A little outside of our normal “wheelhouse”, but as with any proper restoration, meticulous research, coupled with mechanical and metallurgical knowledge as well as passion and skill in the details have yielded this hundred-year-old machine’s transmutation into the gem you see below.

At a time when horse-drawn carts or human pedal-power were still very much the mainstream,  these inexpensive, compact, all-in-one engine/drive units could be attached to bicycles, buckboards or wagons as an alternative to factory-built automobiles, which were still the domain of the very wealthy. While originally a British invention (as the Wall Auto-Wheel c. 1910), the design was purchased, improved and manufactured by Wisconsin-based industrial firm A.O. Smith from 1912 until 1918.

In addition to transportation, these engines found there way into a number of stationary uses, powering everything from industrial washing machines to dental drills. The patent was later sold to two young men by the names of S.F. Briggs and Harold Stratton and became the duo’s first commercially viable product.