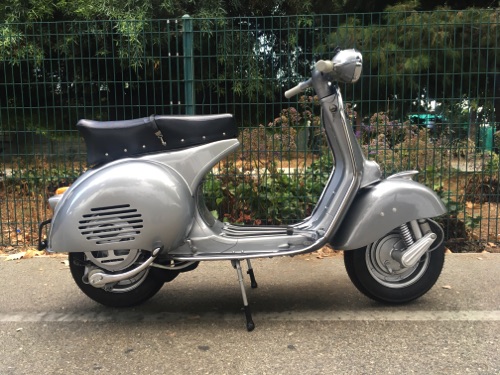 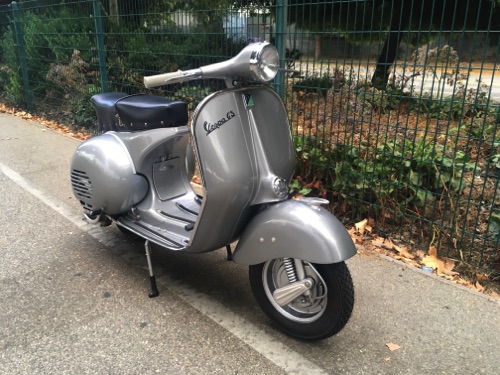 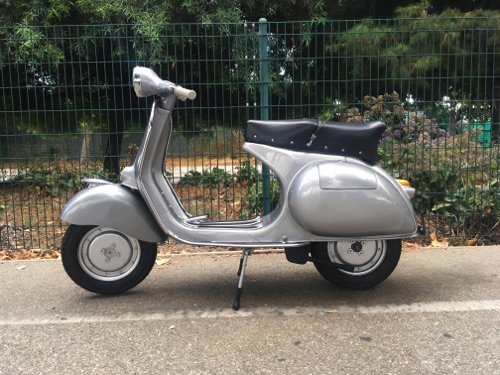 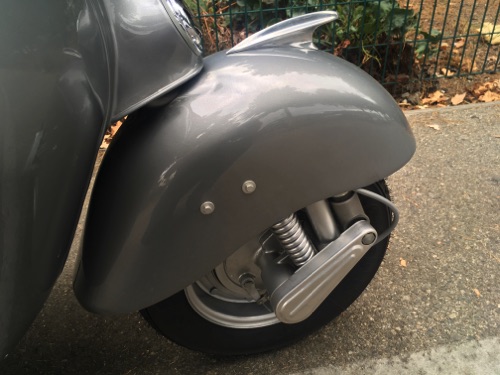 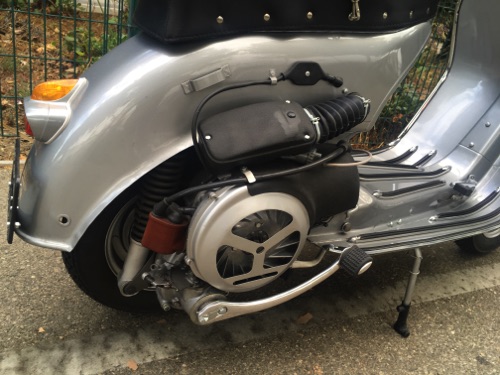 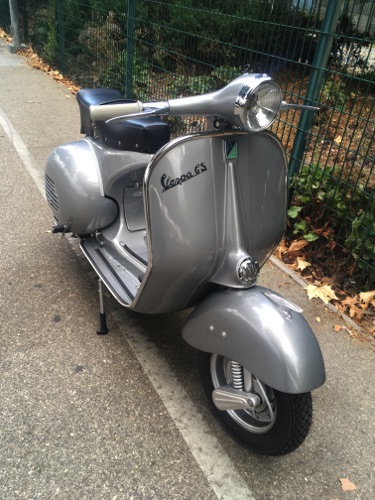 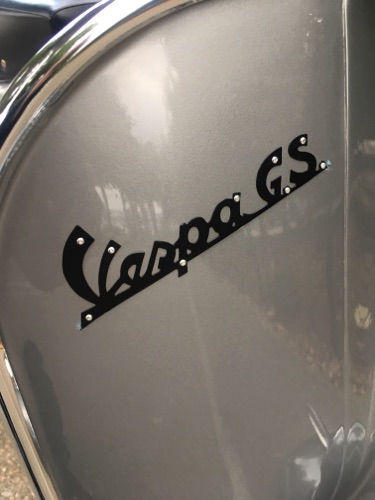 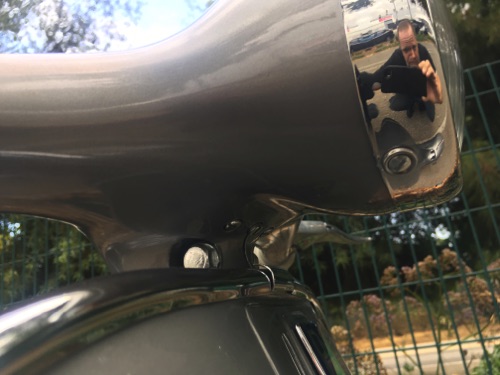 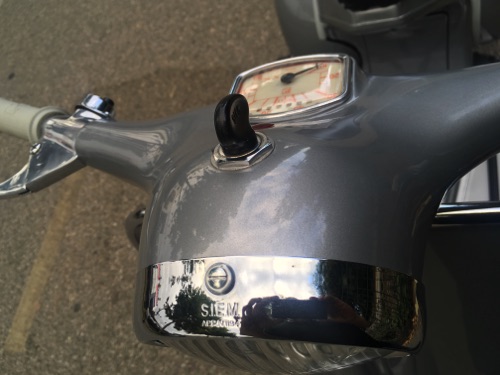 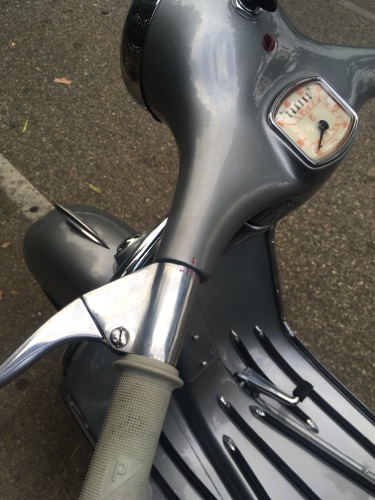 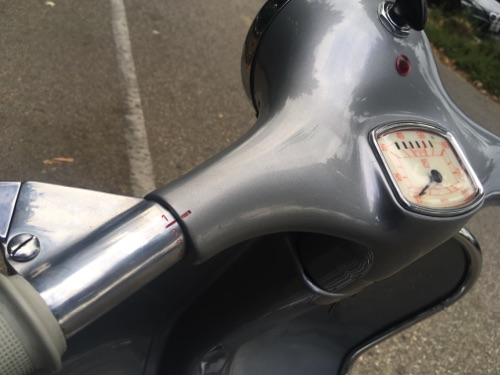 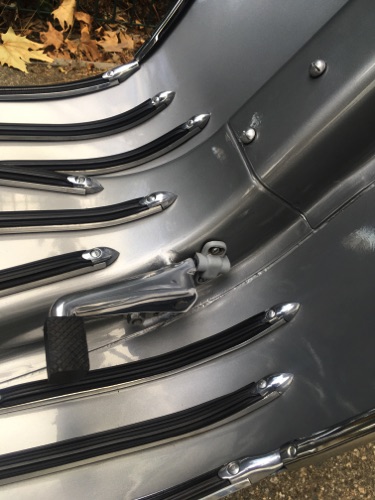 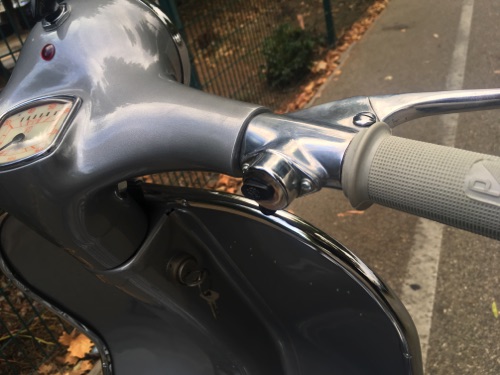 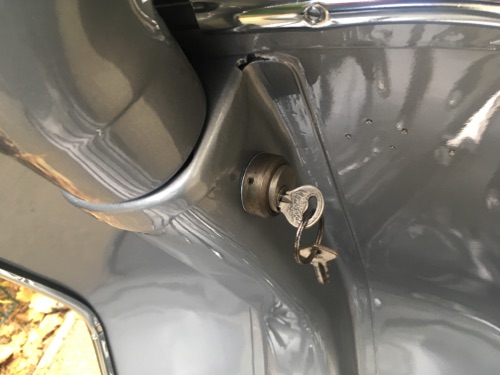 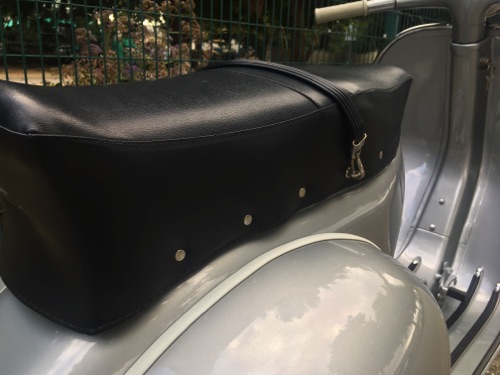 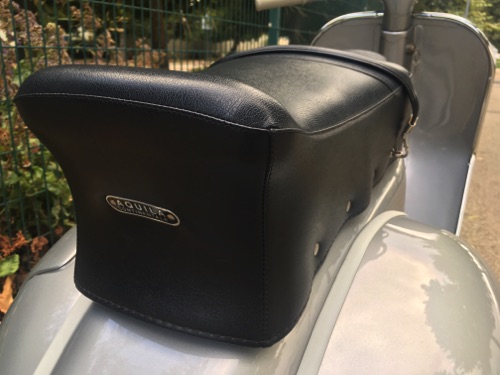 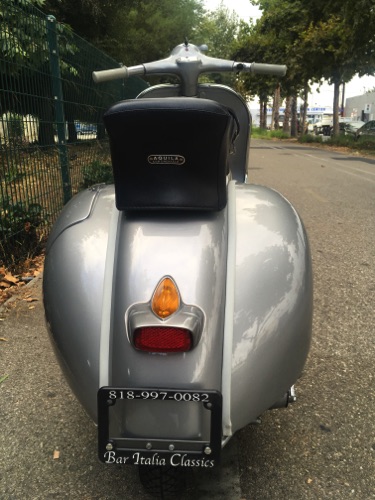 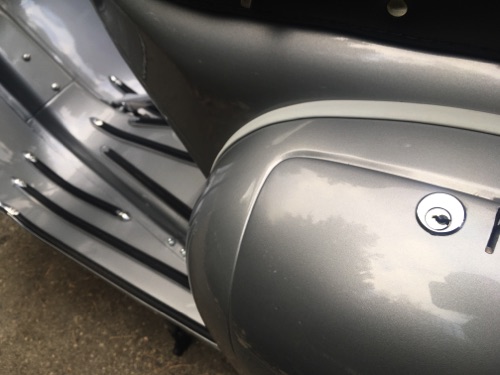 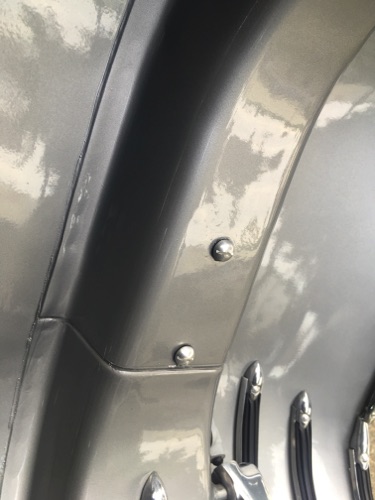 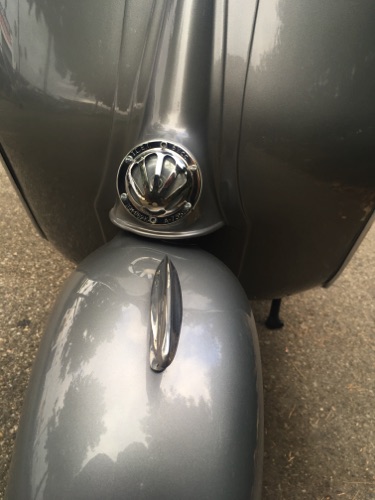 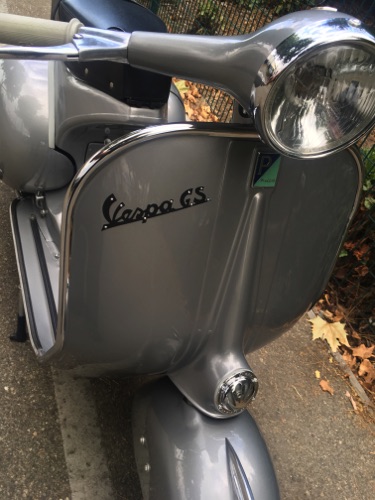 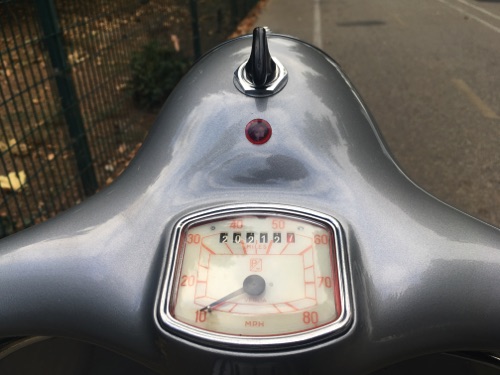 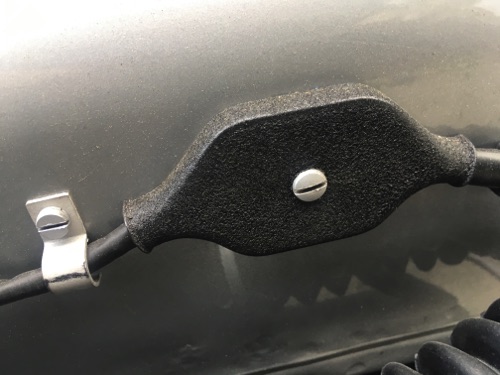 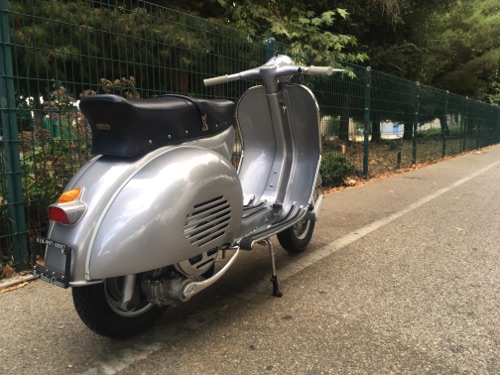 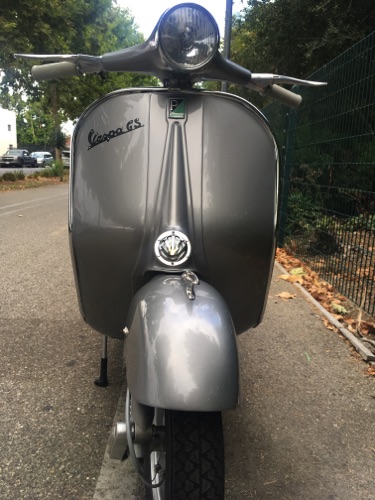 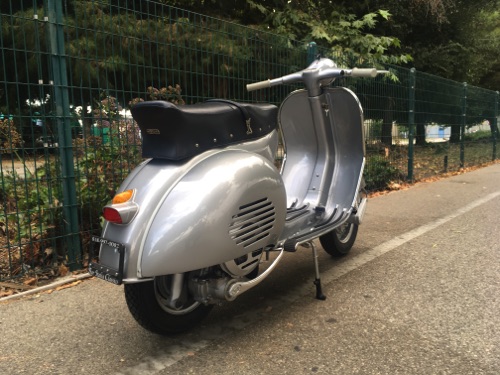 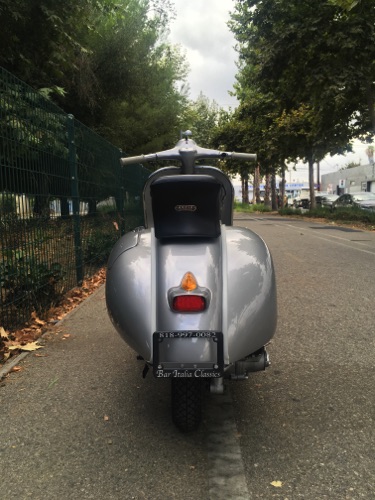 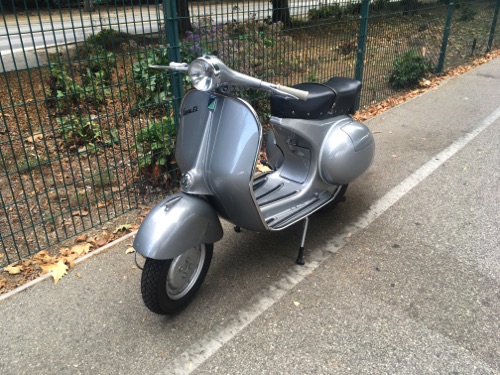 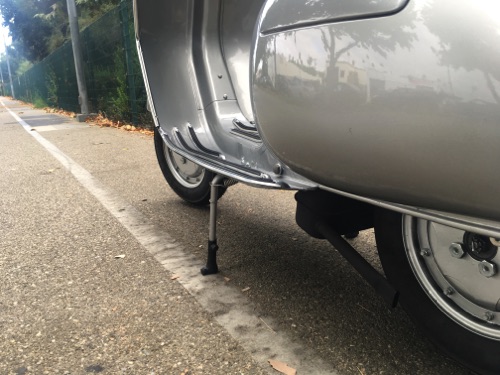 The original “sport” scooter of the 1950s, the Vespa GS 150 was introduced in 1955 and  ushered in a new era of sophisticated touring scooters with elegant styling and track-proven, sporting motors. The VS4 version, built in 1958 was the last to feature four-lug 10" wheels and the large rectangular speedometer which were replaced the following year with the standard 5-lug "open" rims and the VS5's "clamshell" speedometer.

This particular VS4 project was taken over by us after another shop had a “go” at it. We ended up undoing and redoing 99% of the work that looked like it was finished but really wasn’t or was done poorly or just plain wrong. This included repainting most of the bodywork and re-rebuilding the engine, rebuiliding all suspension components and doing the complete chassis-build restoration work. Overall, we're very happy with it now. This one is getting shipped back to the owner on the other side of the country and we're sure he will be quite pleased. It just goes to show you that if you want speacialty work done right on a specialty vehicle, you need to go the extra mile (or 2800 miles) to get it done right.