The Vespa 150 Super (VBC) was first introduced in 1965 as Piaggio’s replacement to the standard Vespa 150 (VBB). The model's design evolved considerably in it's 12-year production run, both in updated styling cues, and eventually (in the US-market at least) with the addition of Department of Transportation-mandated safety equipment, as seen here. Most notably, the 1974 model-year was the first in which US DOT law required that all new motorcycles sold in the US be equipped with turn signals.

The example shown here was restored by us to 100% concours-correct US-market spec. It is extremely rare to see a US-Market Vespa of this era restored to this level of originality. This is partly because of the contraversal esthetics of the aforementioned "safety" features, but also because of the fact that virtually any items or equipment specific to the US-models are extremely rare and need to be sourced as NOS items. 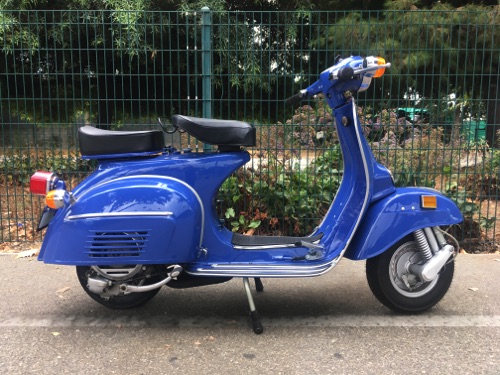 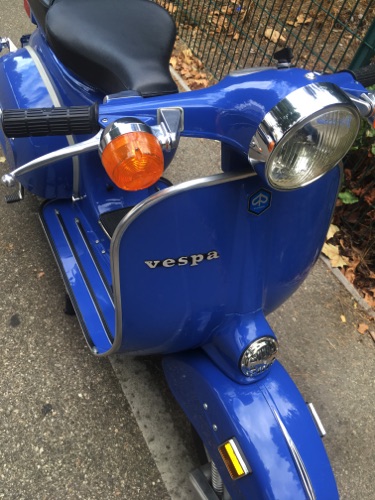 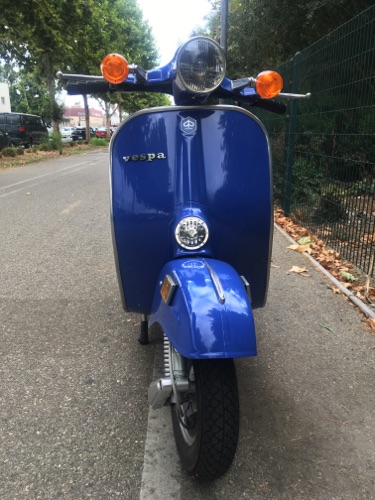 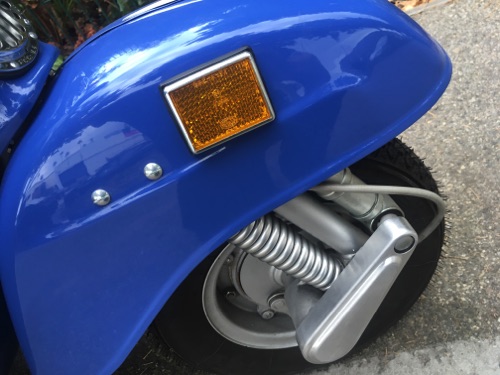 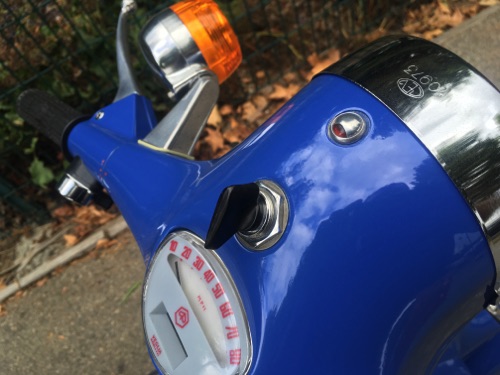 '74 was the first year that the Super featured the key switch. This was also the last year to feature the "pretty" high-beam indicator; subsequent versions had "HIGH BEAM" stamped in English. 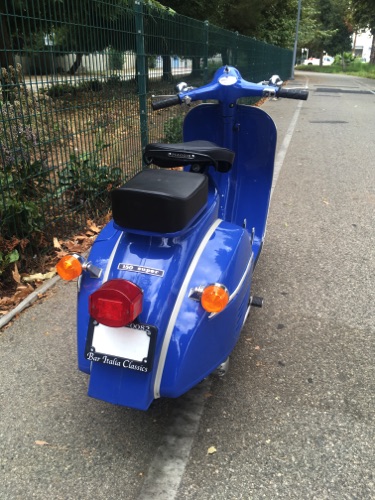 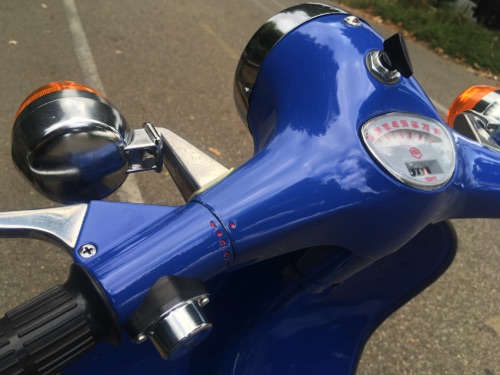 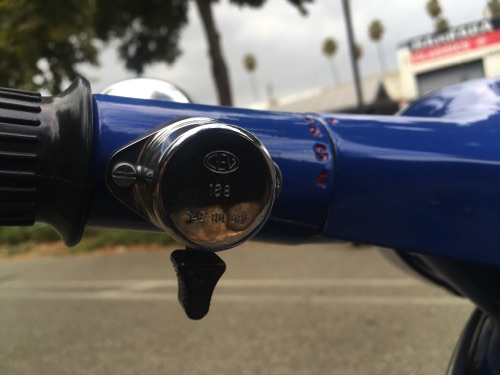 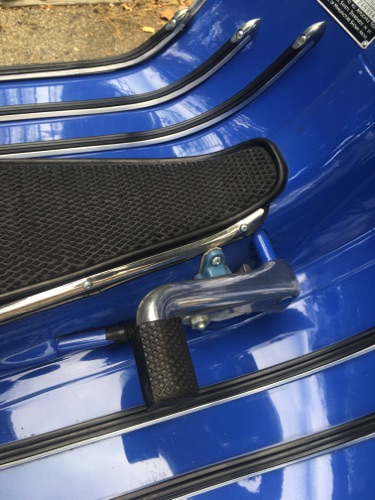 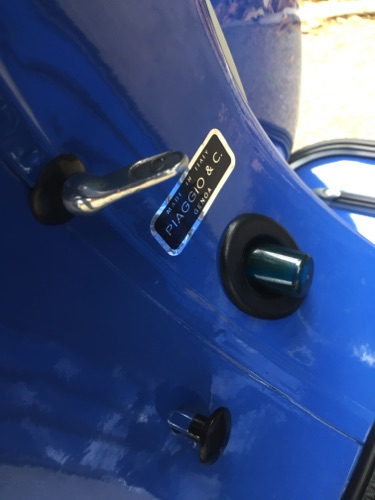 '74 was also the last year to use the standard polished fuel lever. From '75-on the labeled plastic assembly was employed on all US models 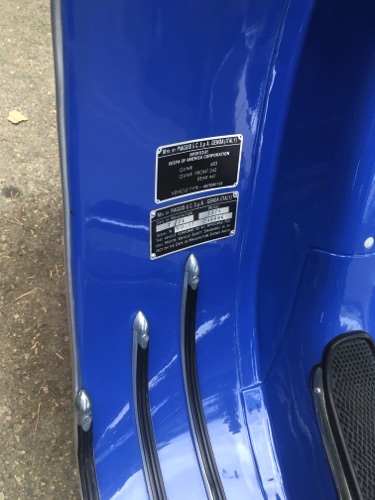 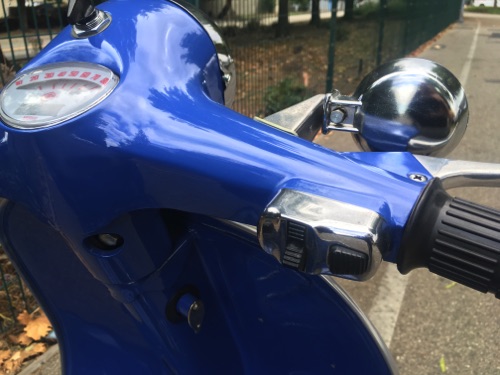 Non-labled horn and hi/lo switch on the right 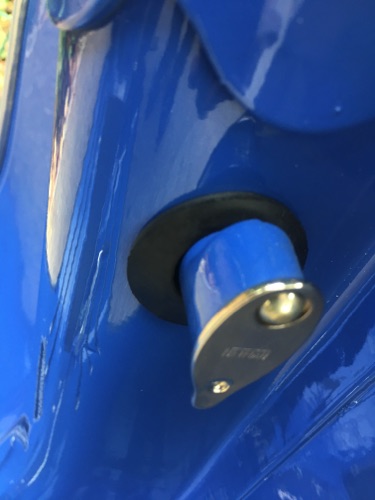 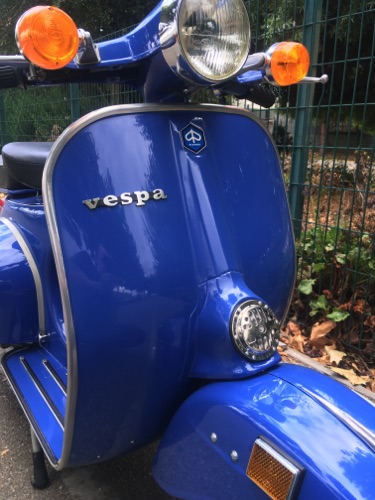 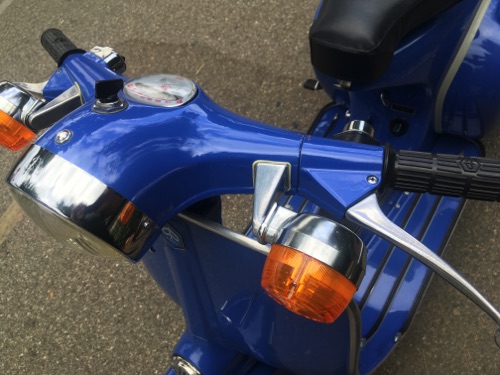 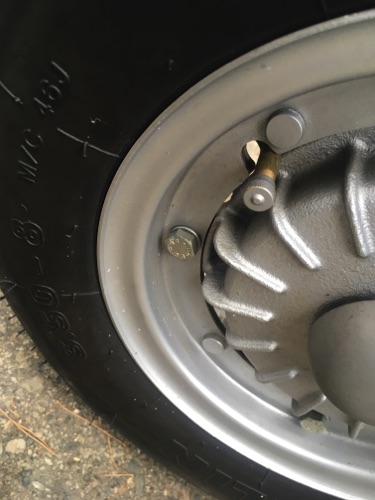 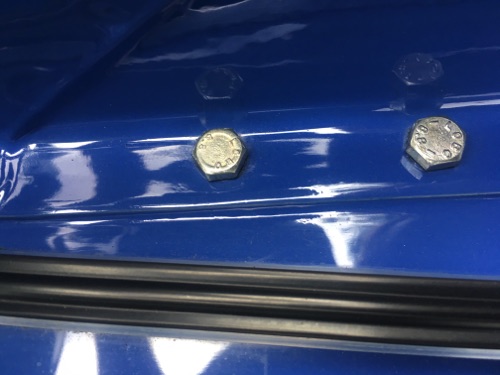 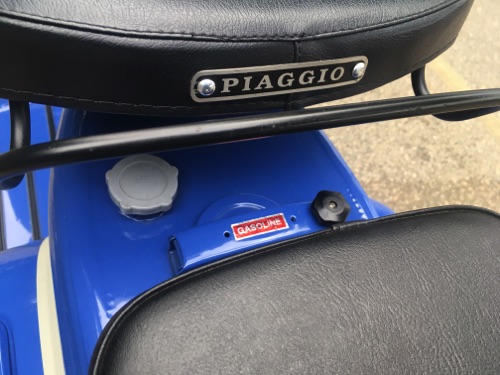 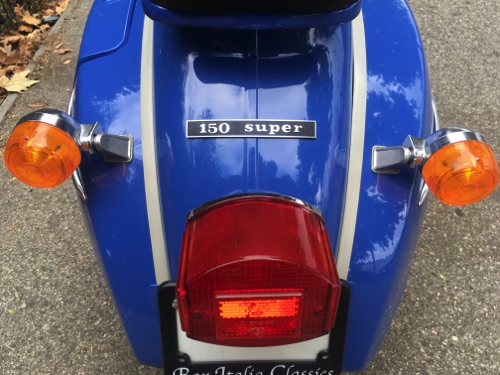 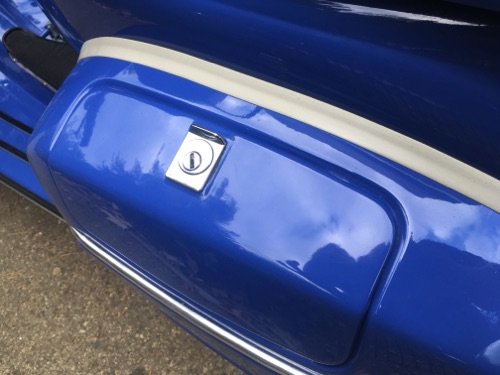 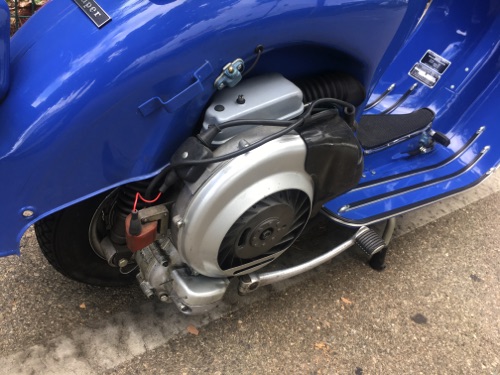